Once a summer retreat, Bluffton has truly come into its own as a well-established community. 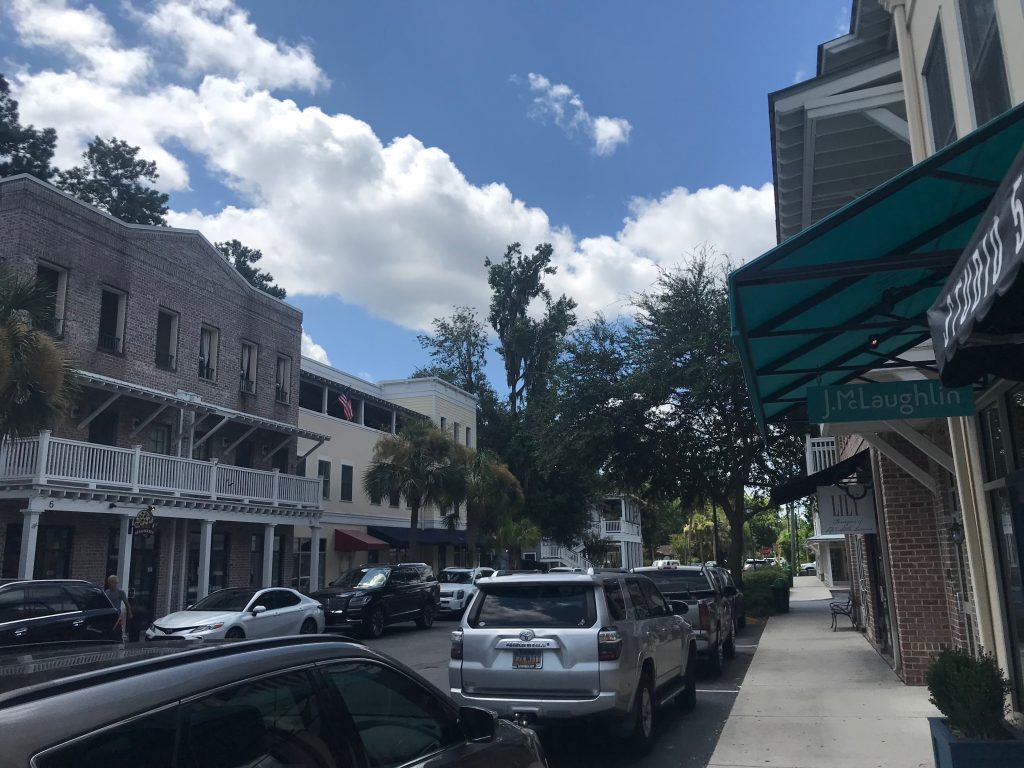 The Town of Bluffton has experienced tremendous growth and prosperity, having expanded its territory from one square mile to approximately fifty square miles through the annexation of large parcels of undeveloped land. The Town strives to achieve economic vitality through development and redevelopment, preserving its character and historical heritage.

In 1852, the South Carolina General Assembly officially incorporated the approximately one-square-mile Town of Bluffton. This original square mile is referred to as Old Town. The Old Town is the historic core of the Town and the area was granted National Historic Register District designation in 1996.

The area is bounded and directed by the following properties:

Ranging from stately homes along the river to the unique shops along Calhoun Street, Old Town Bluffton embodies a diverse community character.

Homes in Old Town range from mobile homes to cottages to large estate homes along the river. They typically sit back from streets comprise organic patterns along fairly large blocks. The area south of Bridge Street is the quieter part of town, comprised primarily of single-family homes and places of worship.

Back in 2005, a planning team photographed the buildings, contributing to the character of Old Town.

The team noted the range of building types, variety of architectural styles, open spaces and prominence of civic centers. The reports and plans helped the team to better understand infill development.

In addition to photographing the study area, the team reviewed past studies of Old Town, including:

Community involvement was an essential component in creating a workable vision and plan for Old Town.

Historic properties in Old Town must be preserved.

The natural and physical characteristics of Old Town are what make Bluffton special. Residents treasure the quality of life and community character of every day life. As we continue to grow and evolve, it is crucial to preserve and protect the legacy that so many Blufftonians treasure. What the Town does now will effect generations of Bluffton residents for years to come.