Each spring, I drag my husband with me to buy boatloads and buckets-full of flowering shrubs for planting.

Impatiens, topsoil, pine straw bales, assorted beachy palm varieties, ferns, decorative trees—you name it, I buy it. Even though experience has proven that roughly half of what I buy withers and dies in spite of my valiant efforts, I do it anyway. Call it primal instinct. When my fingers start flexing and grasping for gardening gloves, and my nose twitches at the smell of freshly turned earth, it’s time to head to Home Depot. 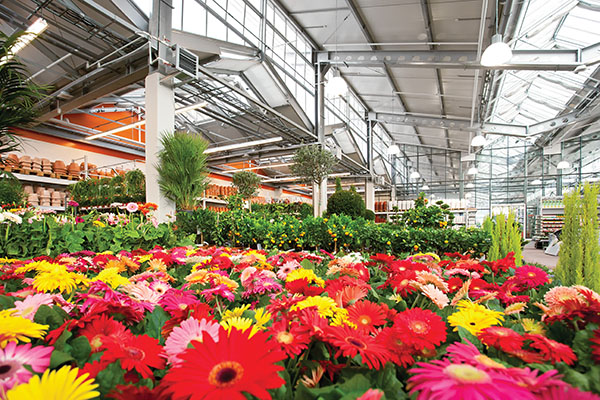 Perhaps my urge to dig in the dirt when spring rolls around is inherited. Just a couple of generations ago, most of us planted crops and depended on them to feed our families. My own grandfather farmed about five acres and raised a few cattle, and my husband’s grandparents did the same.

However, the genetic predisposition for planting actual food skipped me.

This resulted in an obsession with all things frond-y and floral. This obsession is completely disproportionate to my possible lack of, or extremely pale, green thumb.

Once March arrives, I cannot pass a Lowe’s or a Home Depot without buying something. What choice do I have? They make it so hard to resist—all the flowering, seasonal, full-sun and impossible to maintain stuff is on display outside the garden center, which lures feverish, Spring-lusting women like me at the peak of our vulnerability. Pulled by a force beyond my control, my car ends up in the parking lot before I can do anything about it, and there I sit, staring at rows of magenta, violet, yellow or pink. Helpless, I join the lusting throngs, even though the lines are so long they wind around the back of the gardening department; even though there is no cart in sight, and even though impatiens (one of the floral varieties I have not killed with regularity) have not even arrived yet. I must buy something to put in the ground, or I don’t feel quite whole.

My keen observation skills have revealed that most men are not as overcome with the whole planting flowers thing as women are.

A male accompanying his wife on one of her frenzied bouts of Spring-lust may experience a definite shift of mood as her bout ramps up. Entering the garden center of choice, his face bears a pleasant smile, and he willingly pushes the cart while his wife roams the aisles, searching for the perfect colors, sizes and sun requirements. She selects two, maybe three, before Spring-lust kicks in. She then charges the aisles, pushing other women out of the way; clinging to the shrubs or flowers she has chosen until she crams them triumphantly into the cart like she’s just made a touchdown. Score!

At this point, the husband exhibits his best scowlie-face, and either stands resolutely beside their cart like a bodyguard, or dutifully trots behind. The trot-behinds are nearly always at odds with the wife.

For instance, this happened last Saturday:

This is why smart men park themselves placidly along the sidelines, out of the way, waiting for their women to summon them as needed. This behavior could prevent a domestic meltdown right in the middle of the begonias.

I’ve decided I will no longer drag my husband along on spring plant-shopping missions.

He is much more comfortable doing man-stuff like heaving plants out of my trunk when I get home, digging holes or toting things in a wheelbarrow.

A woman, though, is more comfortable—gifted, even—at running up a bill. Men don’t necessarily need to witness the annual spring planting tab rolling along on a cart. I think it puts them in a bad mood, and in extreme cases, could cause a sudden stroke, or at the very least, a panic attack.

Ladies, next time we feel a sudden onslaught of Spring-lust, it might be a good idea to take along a blood pressure cuff for hubby—or just leave him at home. 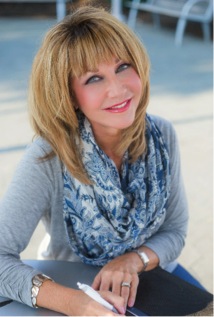 Written by Kerry Peresta, a suspense novelist and humor columnist who lives on Hilton Head Island. Her publishing credits include a popular newspaper and e-zine humor column, “The Lighter Side,” and her debut novel, “The Hunting,” domestic suspense, released December 2013, Pen-L Publishing. She has completed her second novel, and is working on her third.