The Atlantic hurricane season is the period in a year from June through November.

This is when the difference between temperatures aloft and sea surface temperatures is the greatest. However, each tropical cyclone basin has its own seasonal patterns. On a worldwide scale, May is the least active month, while September is the most active. In the Northern Atlantic Ocean, a distinct hurricane season occurs from June 1 to November 30, sharply peaking from late August through September; the season’s climatological peak of activity occurs around September 10 each season. This is the norm, but in 1938, the Atlantic hurricane season started as early as January 3.

Tropical disturbances that reach tropical storm intensity are named from a pre-determined list.

On average, 10.1 named storms occur each season, with an average of 5.9 becoming hurricanes and 2.5 becoming major hurricanes (Category 3 or greater). The most active season on record was 2020, during which 30 named tropical cyclones formed. Despite this, the 2005 season had more hurricanes, developing a record of 15 such storms. The least active season was 1914, with only one known tropical cyclone developing during that year.

The Atlantic hurricane season is a time when most tropical cyclones are expected to develop across the northern Atlantic Ocean.

It is currently defined as the time frame from June 1 through November 30, though in the past the season was defined as a shorter time frame. During the season, regular tropical weather outlooks are issued by the National Hurricane Center, and coordination between the Weather Prediction Center and National Hurricane Center occurs for systems which have not yet formed but may develop during the next three to seven days.

There is also a season within a season. The strongest time for hurricane activity seems to be between mid-August through mid-October. Wind factors and temperature and moisture are perfect during this time to encourage cyclonic activity. 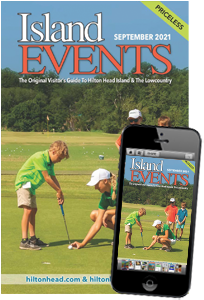