Search
HomeBlog ActivitiesPresents to Remember: Giving the Gift of a Love for the Wild

’Tis the season to contemplate the gifts we have received in our lives, and how they’ve impacted us. 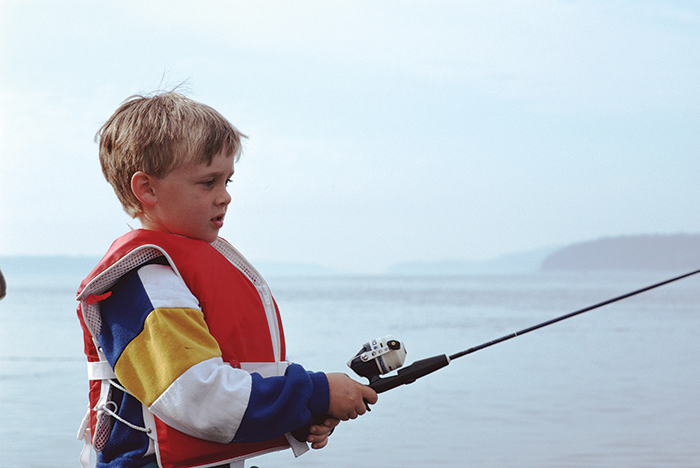 Over the years I’ve given a lot of thought to the best gift I was ever given: the time and energy of the people who took me outside and introduced me to nature.

The first person to invest time in me was a tiny Japanese lady by the name of Jeannie. She was married to my Dad’s best friend, and we lived in the orbit of the military base in Puerto Rico where he and my Dad were stationed. I was around seven when she put me to the task of gathering a sack full of hermit crabs, as plentiful in Puerto Rico, as fiddlers are here in the Lowcountry.

Jeannie took me by the hand and led me to the Navy pier, where she pulled out a hammer. She then proceeded to crack the crab shells, exposing the tail that it uses to anchor itself to its crustaceous outer layer. Turns out, the hermit crab’s tail is caviar to fish! Soon, we were cranking in fish left and right. That memory remains as vivid to me as the blue-green waters off Puerto Rico’s Caribbean coast.

Fast forward six years, when another outdoorsman entered my life, embracing the role of dad as if I were his own blood.

He was an avid hunter and fisherman, and he soon had me out on the banks of the Columbia River, fishing and catching steelhead and trout. There was ritual to it: the gathering of the rods and tackle boxes in anticipation of a foray into the wild. It was euphoric.

Blessed now with children myself, I have tried to pass on my awe and appreciation of the wonders of nature to them. My son Caleb,18, has finally come full stride in his passion. This past summer, he was up at 5:30 every morning to assume the role of first mate, never missing a trip. His aspiration to be an NBA star has dimmed, while his passion for marine biology burns bright in his eyes. My little Sarah, 12, also has many trips under her belt. She can tell you every fish she has ever caught, and while it’s not a long list, she is not lacking in enthusiasm!

Some of my all-time favorite charter trips involved youngsters who had never fished before.

Watching the fire ignite with their first catch is intoxicating, and I feel very privileged to be there for those moments. In a time dominated by devices, getting young ones in touch with glittering waves, a warm sun and a bent rod is fantastic, and one of the best things we can do for them.

This Christmas, Caleb wants to go to Florida to catch his first sailfish. We do have them here in the Lowcountry, but they are some sixty miles offshore. The December cold fronts rolling through Southern Florida bring them within a mile of the shore there. Personally, I can’t think of a better gift than to indulge his adventurous spirit. Merry Christmas and God Bless!