An unassuming little white church surrounded by a cemetery sitting alongside SC 170. 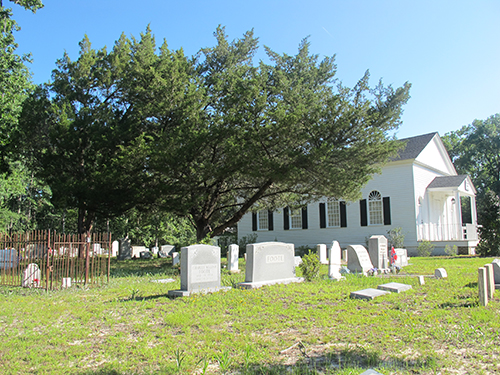 St. Luke’s was named to the National Register of Historic Places in 1987. One of the oldest surviving frame churches in South Carolina, it is architecturally significant as it represents the transition from the early Georgian style of Episcopalian (Anglican) churches to Greek Revival, and has one of the few intact slave galleries in the state.

Beaufort County’s history extends back much further—long before the American Revolution.

“Queen Ann’s War (1702-1713) made the Port Royal area a military frontier,” he adds. “In 1703, a lookout post was placed on Port Royal Island to guard the inland passage between Charleston and St. Augustine. By 1706, this post had become a log blockhouse and palisade with a regular garrison of Red Coats. It was around this fort that the town of Beaufort was laid out.”

“At some time between 1704 and 1707, the whole region between the Combahee and Savannah rivers was designated ‘Granville County.’

The Church Act of 1706 divided all the Lowcountry counties into separate parishes of the Anglican Church. Representation in the colonial, and later state assemblies, relied on these parishes until 1865. Granville County eventually divided into four parishes: St. Helena Parish (1712), Prince William Parish (1745), St. Peter’s Parish (1747) and St. Luke’s Parish (1747).” 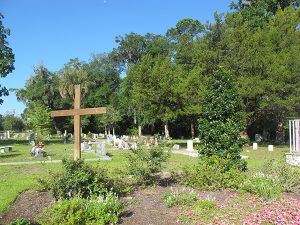 According to the St. Luke’s of Hilton Head Island website, “In pre-Revolutionary South Carolina the colony was divided into parishes. by the colonial government.

The Colonial Assembly St. Luke’s Parish established by an act of  on May 23, 1767. In that year Wm. Hort, Esq. moved to ‘Maye’ River and was ‘desirous of promoting the building of a church in his neighborhood.’ Joined by John Bull, James Garvey, George Hipp, Jacob Guerard and Daniel Stevens, he erected a church, on land donated by John Bull. ‘A respectable congregation soon collected,’ including many planters from Hilton Head Island.”

That structure (eventually sold to the Methodists) still stands today along Highway 170 near the back gate of Sun City,” continues St. Luke’s online church history. “It had a prime location near a roadway called The Charleston-Savannah Trail—an extension of the King’s Highway—an historic wagon trail, covering more than 1,300 miles from Boston to the Savannah River.”

“Because it was such a long trip by boat and carriage for the Islanders on Sundays, they built a small wooden chapel in 1788 known as the Zion Chapel of Ease [so named since it provided ease and comfort to parishioners who lived far away from the main parish church] at what is now the intersection of Route 278 and Mathews Drive [on Hilton Head Island]. The first permanent rector was the Rev. Phillip Mathews. He was rector from 1811-1828 serving St. Helena’s, Beaufort and Zion Chapel.” 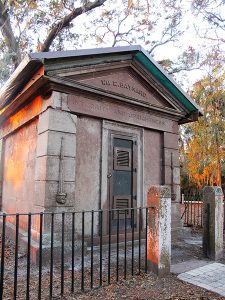 A capital campaign is underway to restore the Baynard Mausoleum which is also on-site, as well as beautify the adjacent grounds and cemetery.

The National Register Nomination Form cites Samuel Sitgreaves serving as St. Luke’s parish minister by 1821. In 1822, “Sitgreaves noted that St. Luke’s parish was suffering a decrease in population ‘with many of the principal inhabitants preparing to leave it.’ Sitgreaves counted among his parishioners Mr. William Heyward and General Charles C. Pinckney (one of the signers of the Constitution).”

In 1824, a replacement second parish church emerged in Bluffton, half a mile to the east on part of the Bull Hill Plantation on land donated by John Guerard.

The parish continued to grow until the Civil War.

The Church of the Holy Trinity established in Grahamville in 1830 and Bluffton’s Church of the Cross consecrated in 1857. Currently, St. Luke’s United Methodist Church in Bluffton offers Traditional Sunday Worship Services at 8:30 a.m. and 10:30 a.m. For more information, visit stlukesumc-okatie.org.

Article and Photography by Allyson Jones