Many of us, in our Southern childhood wanderings, grew up with native camellias, azaleas and crape myrtles. 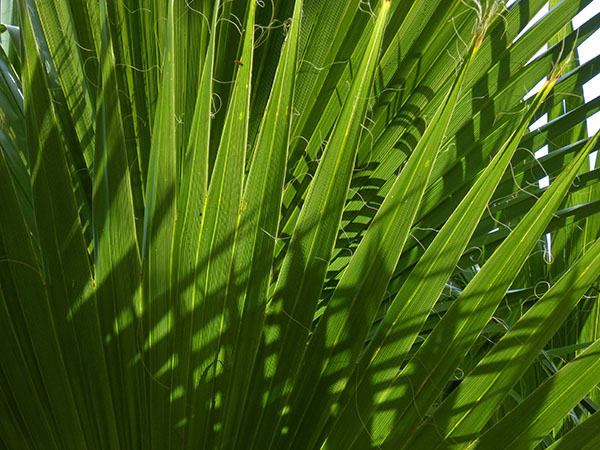 They may have been around our whole lives, but they weren’t always here.

Many “exotics” came to the North American continent with the Europeans. These came from all over the world! Camellias are from China, azaleas are from Japan, and crape myrtles are from Southeast Asia. Despite what its name suggests, even Confederate Jasmine is not native.

Lately, the trend is to use more native plants for landscaping.

Native plants require less attention, can be subjected to the saltwater’s edge to absorb rain runoff and benefit indigenous animals and the Lowcountry ecosystem. As a marine biologist, I have rarely considered the difference until interior and waterfront development resulted in the removal of huge amounts of native vegetation, allowing rainwater to flow freely into the May River and, along with it, fertilizers, oil and gas residue, fecal coliform from animal droppings, litter and more.

Most non-native plants coexisting in the Lowcountry are considered naturalized or non-invasive. And, since they have become established, are not a detriment. However, they aren’t as resilient as the saw palms, yuccas, sand spurs and bull thistles. Other natives include the Southern magnolia, American holly, dogwood, cabbage palmetto, black-eyed Susan, sweetgrass, Carolina jessamine, beauty berry and others. For the complete list of Coastal Native Plants, visit the South Carolina Native Plant Society’s website at scnps.org.

Native plants do fine without any extra irrigation or fertilizer.

This is a great advantage when considering the local marine environment. And they’re cheaper! Many new developments have incorporated sweetgrass around parking lots and in medians. It is the grass with the purple POOF at the top (obviously, I’m not a botanist). The Gullah use sweetgrass to make their baskets.

The saw palmetto stalks have spines that scratch. Have you ever run into one of these? Or tried to yank it out of the soil? They are sharp and tough. Deer do not eat palms, unless they are really desperate. Not only is the plant protected from would-be trampling, it also serves as a dense shelter for small ground dwellers. Saw palmetto extract has been used in the medical field to reduce urinary problems resulting from an enlarged prostate.

Have you ever bumped into the yucca in the Palmetto State Bank parking lot?

You forget how sharp they are! I stabbed myself a time or two getting out of the car. The common name for this plant is, appropriately, Spanish bayonet. Yucca need very little water and they produce an attractive white flower. Apparently, the root is edible and full of nutrients. Another plus? Deer will not eat a yucca plant.

Non-native plants which interfere with the growth of native plants are considered invasive. Kudzu comes to mind, as well as the tallow tree and honeysuckle vine. Tallow trees are very thirsty. They can dry up a small swamp, leaving little water for competing native species. This tree is everywhere! One good look at its unique leaf, followed by an observant glance at our woodlands will quickly yield a tallow tree sighting.

As a child, I plucked honeysuckle and tasted its sweet nectar.

This Japanese vine came to Long Island in 1809 and distributed by nurseries. It overcomes other plants by covering them with a thick mat. There is a native honeysuckle, but I guarantee that you have never seen it. It has fused leaves and a purple flower.

All our native plants have unique characteristics that make them perfect for the Southern coastal plains or Lowcountry landscape. The website mentioned above provides a concise list. You will even find there are two species of azalea that are native, but not exactly familiar. Now I want to find them! They are like hidden jewels and imagine what a conversation piece to have an authentic Lowcountry yard with much less fuss!

My favorite non-native, the gardenia (Gardenia jasminoides) was first given its scientific name in England by Linnaeus in 1752. Its namesake is Scottish physician and naturalist, Dr. Alexander Garden, who later retired to Charleston, SC. (Yes, Dr. Alexander Garden’s garden was the first location of a gardenia in America in 1762.)