Search
HomeBlog ArticleLearn About the Heyward House and Historical Center

The Heyward House, is an historic home is Bluffton, South Carolina. 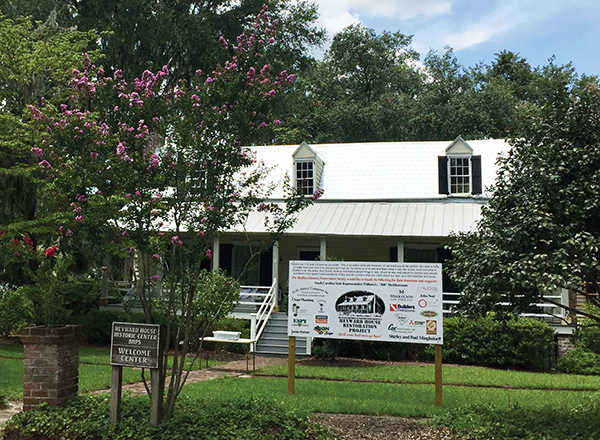 It was built in 1841 in the early Carolina Farmhouse style brought to North America by planters from the West Indies. The north parlor and the bedroom above, were the first parts of the house built by John J. Cole and his slaves in the early 1840s as a summer home for his wife Carolina Corley and their children. John J. Coles plantation was approximately 10 miles from downtown Bluffton. His father-in-law owned Moreland Plantation, located on present day Palmetto Bluff. By 1860, Cole had more than doubled the size of the house and his family, at which time the front and side windows in the front rooms were replaced with larger windows. The original parlor windows were reused in the dining room and back bedroom. The interior is clad with wide heart pine boards.

The last remaining slave cabin in Bluffton still resides on the property.

Following the Civil War, Mr. Cole who had contracted tuberculosis during his service, died. The Cole family sold their holdings in Bluffton and moved to Texas in 1874. Mrs. Kate Du Bois, wife of the federally appointed Post Master, purchased the property then sold it in 1882 to Mrs. George Cuthbert Heyward, Sr. and it remained in the Heyward family until its purchase in 1998 by the Bluffton Historical Preservation Society. It is now preserved and open to the public as the town’s only house museum and has been designated as the official welcome center for the Town of Bluffton.