Daufuskie Island offers a rich cultural experience and is on the National Register of Historic Places. Many of its structures are long gone, but there are many buildings that are centuries old and are still standing and have a great significance in Lowcountry history. 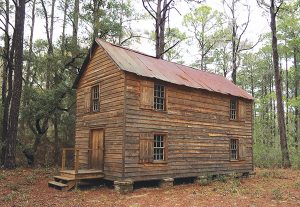 From the turn of the 20th century until pollution in the Savannah River ruined the oyster beds in the 1950s, the primary economy of the Island was harvesting and shucking oysters. The oyster workers established the Oyster Union Society, a benevolent and burial society that held meetings and social events—often enhanced by moonshine or homemade wine—in this 1893 building. The building was restored by the Daufuskie Island Historical Foundation in 2012. 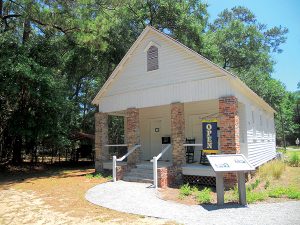 Built on the north end, Church No. 1 was destroyed by a hurricane in 1940. At that time, the declining population caused the church to close. In 2001, the Daufuskie Island Historical Foundation bought the property, restored the building and opened the Billie Burn Museum, named after the longtime Island resident, author and Island historian. 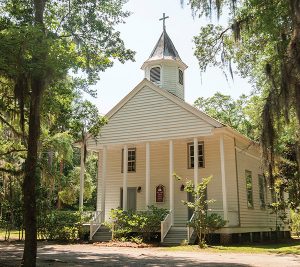 This church is the oldest building on the Island, and dates back to 1881. It was destroyed by fire in 1884 and rebuilt in 1885, on the grounds of Mary Field Plantation (a former cotton plantation) and owned by John Stoddard. He divided the plantation into 12-acre lots and sold them to freed slaves for the purpose of building a church and cemetery. The church still holds regular services. 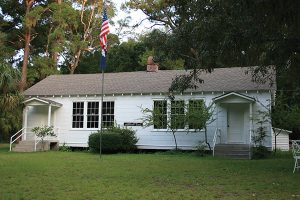 The two-room building was built for the Island’s black children in the 1930s. Scraps were used to make the desks. The school was integrated in 1962 after the last white child graduated from the White School House. It was immortalized by Pat Conroy in “The Water is Wide.” Closed in 1997, it has been renovated and is now used for church and civic activities. 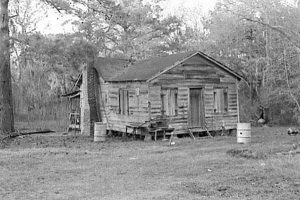 Sarah bought this home in 1910 from Fuller Fripp and had it moved to its current location for a total cost of $40. She was the Island midwife and her husband was the Island undertaker. When he passed in 1962, she took his place. It was said that “Granny bring ‘em an’ she take ‘em away.” It was later restored by the Daufuskie Island Historical Foundation. 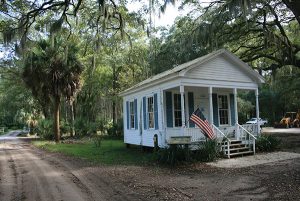 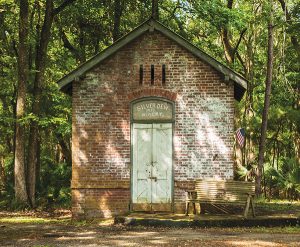 An iconic building, Silver Dew Winery dates back to 1883. It was originally constructed as a “wick house,” a building used to store oil, wicks and lamps for nearby Bloody Point Lighthouse. In the mid-1900s, it was converted to a winery by Arthur “Papy” Burn. Papy made wine from grapes, scuppernong, pears, and elderberries in the shed until it was closed in 1959. Recently the Silver Dew Winery and Bloody Point Lighthouse were purchased, and are now open to the public.

The core of this vintage Gullah home is believed to have been built in the late 1860s by freemen who moved to the Island after the Civil War. Over the years, additions were made and the house become the home of beloved Frances Jones, teacher of the African-American children on the Island from 1939 to 1969. She was lame from a childhood accident but still managed to teach as many as 96 children in the morning and afternoon sessions, often the sole teacher. The building was restored in 2014 by the Palmetto Trust for Historic Preservation. 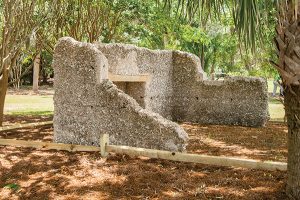 Tabby is a building material made from a mixture of ground oyster shells, sand and water. Many slave quarters were constructed of wood and have long since disintegrated, but remnants of structures made from tabby can be seen to this day, especially at Haig Point.