Hard cider signals the arrival of autumn and serves as an ideal fall treat of apple delights. 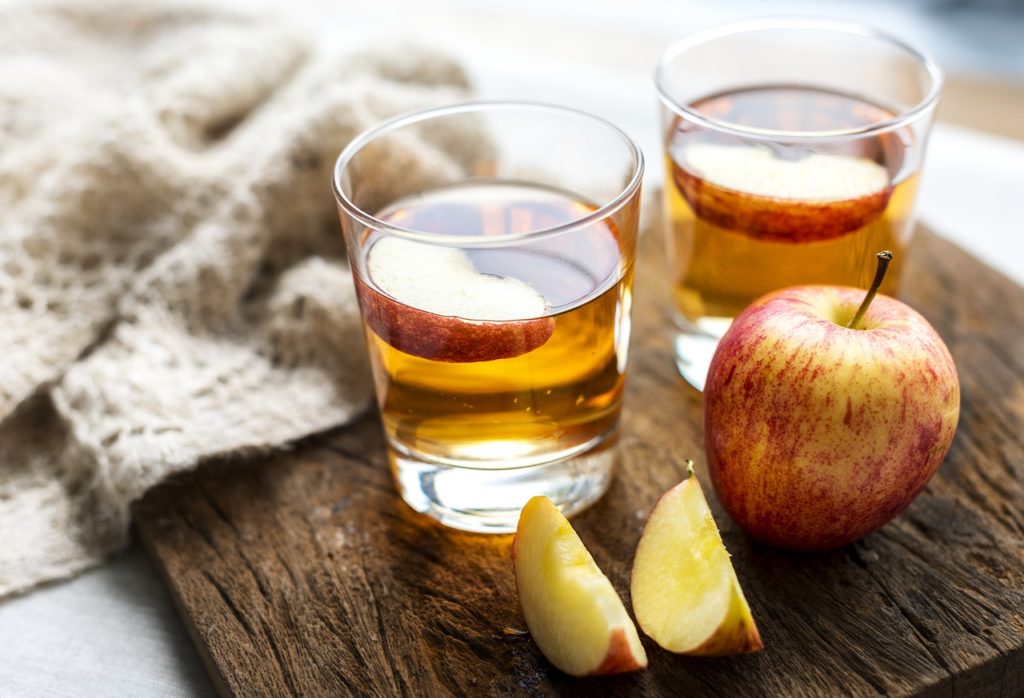 What is apple cider? The answer depends on who you ask.

When European colonists came to America in the 1600s, they planted large apple orchards. Pressing and fermenting fresh apple juice to produce an alcoholic beverage was the easiest way to preserve the large fruit harvests. Referred to as “cider,” it was the most common beverage during that time because apples were plentiful, and water had the potential to carry pathogens for diseases like typhoid, cholera and dysentery.

Just like Colonial Americans, modern Europeans also use the word “cider” to refer to the fermented alcoholic version. The sweet stuff that we sip on cool autumn days is referred to as “juice.” In America, we distinguish between the two by referring to the alcoholic beverage as “hard cider.”

Today, hard cider is one of the fastest growing segments of the liquor industry. There is a wide variety of brands and styles available in liquor and grocery stores and even gas stations.

Many people wonder if hard cider and apple wine are the same thing.

The short answer is no, but some disagree. Both beverages use fermented apples and can taste either dry or sweet. Hard cider is made by fermenting fresh, unfiltered apple juice. Since the natural sugar content of apples is low, hard cider usually obtains alcohol levels less than 7%. Cider is bottled immediately after fermentation, while carbon dioxide is still present. As a result, cider is a low-alcohol, carbonated beverage, similar to beer.

Apple wine usually starts out with filtered apple juice. Extra sugar is added to boost alcohol levels in the finished wine up to 12 or even 14%. Apple wine is aged up to a year before it is bottled. Hard cider can be either cloudy or clear. Apple wine is almost always clear and generally reminiscent of a white wine.

In Frankfurt, Germany, nobody cares whether it is called “cider,” “apple wine” or “apfelwein,” as long as it is flowing during the annual Apfelwein Festival.

Technically, however, apfelwein is a cider with low-alcohol levels and carbonation. For Frankfurt’s local people, apple wine is as much of a tradition as beer. Its popularity dates back to an interesting confluence of events in the 1800s, when a blight wiped out most wine grapes and an ill-timed beer tax made beer unaffordable. Apple wine was the perfect solution.

So, celebrate the end of a long, hot summer and the arrival of autumn with your favorite version of cider, whether it’s a six-pack of your favorite hard cider, a bottle of apple wine or a gallon of fresh cider from a local farm stand.

The perfect bottle of hand-crafted artisan wine awaits at Island Winery on Cardinal Rd.Wine by the glass, cheese platters and $5 tastings are available Monday-Saturday from12:30-5:30 p.m. and Sunday from 12-4 p.m. 843-842-3141 or www.islandwinery.com.