Search
HomeBlog ArticleA Christmas Tradition that Originates in the Lowcountry

There’s a rich, sometimes quirky history behind our holiday traditions.

Most of the ones we still observe today originated in ‘Merry Olde England,’ with one great exception that originates here in the Lowcountry. 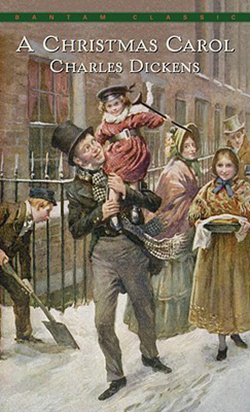 The English people had abandoned most holiday traditions by the industrial age, a time when society accentuated work and profit above all else. Charles Dickens published “A Christmas Carol” and infused the culture’s collective consciousness with images of snow, roast turkey and compulsory family cheer. His story resonated with the poorer members of society, who had left the warmth of country life and migrated to the work in overcrowded, gloomy cities.

Dickens and his story of Scrooge and the three Christmas ghosts became so popular, that he is often referred to in England as “the man who invented Christmas.” The quirky twist is that “A Christmas Carol” is actually a re-write based loosely on a short story in Dickens’ first published novel. In the story, a gravedigger, named Grubb, not Scrooge, is determined not to ‘make merry’ at Christmas, and is kidnapped by goblins who terrorize him into changing his ways.

They begun in 1843 by Sir Henry Cole, a British civil servant who was trying to demonstrate how the country’s new Public Post Office could be used more by “commoners.” Members of polite society scoffed at the endeavor, insinuating that Cole mistakenly believed himself to be “too important” to write conventional Christmas letters.

When Prince Albert married Queen Victoria, he introduced the German tradition of indoor Christmas trees. In 1848, the drawing of “The Queen’s Christmas tree at Windsor Castle” was published in the London News. Suddenly every home had one. The same drawing was republished in Philadelphia two years later. But they removed the Queen’s crown and Prince Albert’s mustache to make it look ‘more American.’

There’s one great Christmas tradition, however, that is entirely Lowcountry in origin.

It’s the Hilton Head Island Choral Society’s Annual Sounds of Christmas Concert on December 11. This year’s theme, “A Merrie Olde Christmas,” recalls the holiday imagery made pervasive by Charles Dickens, Prince Albert and more. Journey back in time to England with the Choral Society. The Society celebrates Christmas with the music of legendary British composer, John Rutter. Throughout the HHCS’s 40 years of performances, the centerpiece has always been the annual Christmas concert.

In this purely Lowcountry Christmas tradition, the chorus performs portions of Handel’s Messia. It recalls the 1975 performance of a group. Locals got together to perform the piece as a Christmas gift to their community. The concert has become a highly anticipated and steadfast holiday tradition.

The Sounds of Christmas performed by the full chorus accompanied by an orchestra. It features traditional holiday tunes and carols in new and interesting ways. If you want to know what Christmas tradition is all about, don’t miss this performance.

Don’t miss the concert, on Friday, December 11, at First Presbyterian Church, 540 William Hilton Pkwy. All seating is reserved and ticket prices range from $20-$35. Tickets may be ordered online or purchased at the door the night of the concert, if available. For more information, call (843) 341-3818 or https://hiltonheadchoralsociety.org/