Search
HomeBlog ArticleWho Should You Jam to This Christmas?

Christmas songs. Don’t jam them before Thanksgiving. Don’t play them after Christmas. 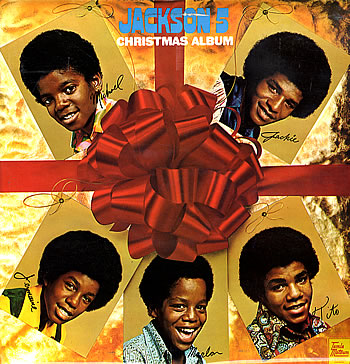 But, yes, you can leave the tree up till February. You can drink egg nog almost all year round (unless you’re me, your favorite asthmatic). But be careful with those Christmas ditties. Some people don’t like them. Children all around the world wait all year to wake up early that morning and open presents, while Bing Crosby sings on the radio (computer, phone … whatever). So what are some of the most sought after versions of these songs? This is my mission. This is my passion. I love Christmas music.

“Little” Michael is my favorite. I would argue with anyone that when Michael was 9 or 10 he was the finest singer the world had ever known. Who you gonna put against him? Stevie Wonder? Tina? Aretha? Miley? Just put the Jackson 5 Christmas album on and jam. 1970 production at its finest! Lush, cheesy string arrangements, haunting reverby vocals by the other brothers and Michael’s little tenor voice as the cherry on top.

Funk music is a great style for these sometimes-sleepy Christmas songs.

Not that “Santa Claus is Coming to Town” has ever been called sleepy, but boom shakalaka! Michael soars on the vocals, backed by Jermaine, Tito and company. Bass and drums are super greasy and poppy. It’s like P-Funk doin’ the Chipmunks. Ok, maybe that just rolls off the tongue nicely, but I think you’re getting what I’m throwin’ down here.

Skip over “The Christmas Song.” It’s sung well, but it must be Tito or Ricky or one of the other brothers. Johnny? I dunno. But it ain’t My Michael! It kinda drags –”chestnuts roasting blah blah blah” – but there’s a cool refrain of “Jingle Bells” at the end. Ok, cute. Then comes “Up on the Housetop,” again with my main man front and center. This isn’t “Thriller,” but it’s a strong version. You can almost smell the frankincense. I bet the boys got plenty o’ presents after they rocked this one. Or maybe they got spanked. Who really cares? There is a quasi-rap in the middle of this one. It’s nasty! The boys are spittin’ fire and when Michael sings the refrain it makes you question all of the other versions of this yuletide gem. These boys can really jam on some Christmas.

One of the creepiest Christmas songs ever brings us to the end of Music Town.

“Little Michael” takes it up a notch on this one. 5th gear singing. You try to hit these notes. The soul glows here on the bell solo in the middle of the tune. Maybe Santa has an afro. We may never really know. Just make sure you are a good little Blufftonian this year and make sure to leave Santa some cookies with milk. This guy can’t drink milk, so be thinking of me when you are sucking down the nog and listening to the pre- red leather Michael and his brothers.