Your aunt is coming over for Thanksgiving and you don’t wanna sit next to her. 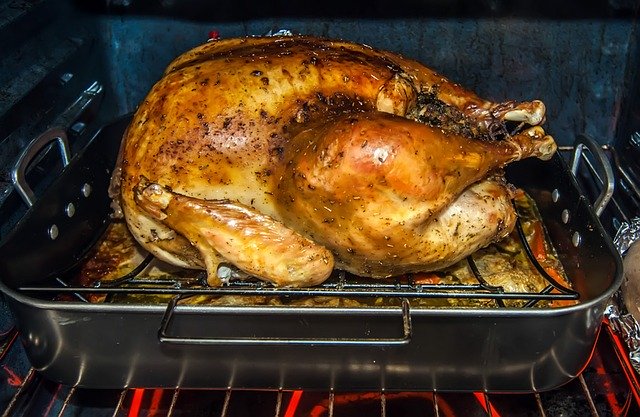 The dog just jumped up on the counter and started licking the giblets. What time does the liquor store open? Important issues we all deal with in homes across America. Flavored vodka? Kahlua and coffee? Maybe you don’t drink anymore and you really just want a pumpkin spice latte. Football games will be on and Dad and Pop-Pop will be sitting, wishing that the turkey was done, while pretending to pay attention to the guys in tight pants on the field. Kids will scream. Put on some music to get us in the mood to cook and eat, then reheat later on when everyone leaves and eat again. Gotta start that diet soon – maybe after the new year!

Fats Waller is a jazz dude that played piano and wrote many great songs.

“All That Meat And No Potatoes” is a fun song to jam out to on Turkey Day. Not too much meaning to the song here. Perfect to let your mind melt like the butta’ on ya taters you’ll be eatin’ later. Fats is always exuding big time personality on his recordings. A muted trumpet soothes and the guitar solo on this track is dynamite. Please play some jazz around your family, especially your children. It will make them so smart! Now, onto a kid’s song.

“Albuquerque Turkey” is just fun. When you have little children that are sneaking junk food (that you were probably saving for yourself), they get wound up. They get sweaty and gross. One way to calm them down is sit them in front of a computer. But today we will play this cute little tune and watch the kids laugh as the turkey in this song has not eaten at all! Yes, it is a bit corny, but hey, we have all found ourselves singing along in the car to awful songs before. Cue Rick Astley.

Pressing on, we’ll find ourselves listening to Christmas songs.

Please – DO NOT PLAY CHRISTMAS MUSIC UNTIL THANKSGIVING, ANYWHERE! It’s not nice. People feel upset. Hey, some people don’t like Christmas songs at all. So when I stumbled up on the origin of “Jingle Bells” and some info on the composer of the song, my eyes lit up. Was the song written in Massachusetts, or Savannah? No one really knows, though there is a plaque in Massachusetts stating the former may be true. Is “Jingle Bells” even a Christmas song? Who knows? What state was Dixie written in? Hmmmm.

“This Land is your Land.” Just put it on. Many greats have covered it. Many of the lyrics have been discarded from Woody Guthrie’s original. What does it mean? Wikipedia continues to get small donations from me every year, and has some great info on the song. Play it and decide for yourself. Drink a pumpkin beer and have a great holiday.Happy Thanksgiving!