Joseph McGill and The Slave Dwelling Project are adding the unheard stories of the enslaved to the nation’s narrative. 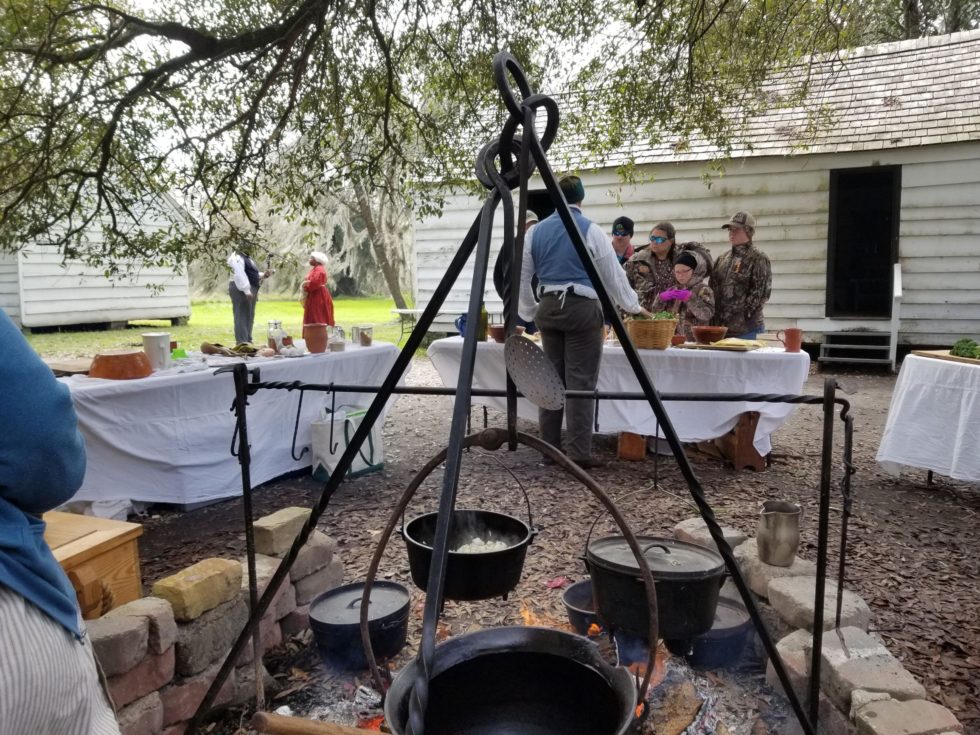 Since 2010, historian and Civil War re-enactor Joseph McGill has spent the night in more than 90 extant slave cabins in over 19 states and the District of Columbia, as part of The Slave Dwelling Project.

“It started because of a void in history, preservation and interpreting history of enslaved African Americans,” explained McGill. “I noticed that a lot of antebellum buildings that were being preserved. All of those buildings are associated in some way, shape or form with enslaving people. Enslaved men physically built these buildings or their labors provided for those houses to be built.”

“But those stories weren’t being told when I started this project,” he continued.

“So, this project was started to right that wrong and insert the enslaved people into the narrative of the places where these buildings exist.”

While employed by the National Trust for Historic Preservation, McGill spent his first night in a slave cabin at Charleston’s Magnolia Plantation and Gardens in 2010. His second stop was Bluffton’s Heyward House Historic Center later that year.

“The concept of spending nights in a slave dwelling is still a hard sell for some. Some still want to know why,” said McGill. “The reason is still the same: we became accustomed to not talking about that part of our history, and that’s part of the reason some of these places are not on the landscape anymore.”

“But there are still some of those buildings on the landscape and some organizations like the one in Bluffton that have not only restored those buildings, but were already telling the stories of the enslaved people who lived in them.” The Slave Dwelling Project has evolved and expanded over seven years.

It includes conferences, lectures and living history programs at various “sleepover sites” across the country, such as institutions of higher education and the estates of four former presidents.

“Even after we began to get some momentum, it was still somewhat of a chore to convince folks that I come in peace; I mean them no harm,” noted McGill. “There are still those places that don’t want to go there. They don’t want to tell the story of the enslaved.”

“We find more power now having conversations around a campfire before actually sleeping in these places,” he added. “And I don’t sleep alone anymore. It took about four times before people realized there was something to this thing and I wasn’t going away. This wasn’t fly by night. Not only did South Carolinians begin to get it, it started gaining national appeal.”

There “he sleeps in shackles on his wrists to commemorate our enslaved ancestors who came across the Atlantic Ocean in the Middle Passage bound in that manner.” Prinny Anderson, another board member who is a descendent of Thomas Jefferson, has spent more than 30 nights in slave cabins. One young woman from Chicago has invested her own money flying around the country to participate in nearly a dozen sleepovers.

Last October, the 4th Annual Slave Dwelling Project Conference partnered with the University of Virginia’s Commission on Slavery to present the “Universities, Slavery, Public Memory & The Built Landscape” symposium. The organization’s most successful conference to date attracted more than 500 people to the event in Charlottesville.

“A lot of institutions owe their existence to slavery,” noted McGill. “That’s not just a Southern thing. A lot of those Northern institutions of higher learning came about as a result of slavery.”

He named several prestigious universities that were built by the enslaved, founded or funded by slave owners and/or educated the Southern men whose wealth was dependent upon the institution of slavery.

“Twelve of our former presidents were slave owners—eight of whom owned slaves while they were in office,” continued McGill.

“I want folks to know we are a great nation, yes, but we are a nation with flaws,” McGill concluded. “Along the way, we committed some atrocities and we need to own up to that. Chattel slavery left a legacy on this nation that we’re still dealing with as a people. Until we deal with and own up to that, we will keep passing that trauma along.”