How about turning off your devices and reading books this winter? While there is less daylight and a nip in the air, February is a fantastic time to get cozy are read these works by Lowcountry authors and learn more about Bluffton.

The Water is Wide 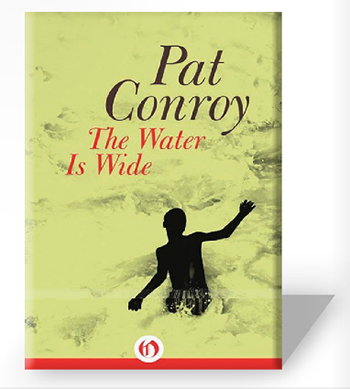 Pat Conroy is generally better known for novels like Prince of Tides and “Beach Music, but an early work of nonfiction about his days as schoolteacher on Daufuskie Island is, in my opinion, by far the standout. Although Daufuskie is called “Yamacraw” and the names of characters are changed as well, the unflinching portrayal still ticked off a lot of folks around here in 1972. Conroy spoke the truth about what he saw: little black children on an island of isolation and poverty, whose education had been so sorely neglected that they couldn’t even recite the alphabet or name the country they lived in.

In a pitiful drafty schoolhouse with outdated textbooks cast off by mainland white schools, they were beaten and called “retarded” by their only other teacher. So Conroy promptly instituted his own unorthodox methods. He takes them across the water on field trips to an unfamiliar outside world. Because of this, his job was threatened by patriarchal powers of the school board. Despite its treatment of such heavyweight issues, the book is an absolute joy to read, full of the warmth and humor of Daufuskie’s native islander community. And the kids—you can’t help but love the kids! The author perfectly captures their hilarity, innocence and mean streaks; their tragedy, potential and hope. The Lowcountry is better for having this book. 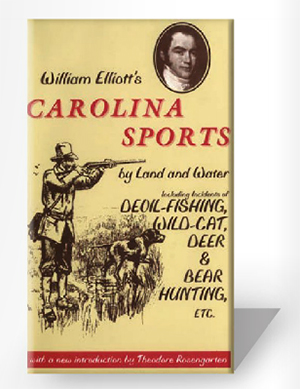 First published in 1846, here is a genuine primary-source window into a past that is so often discussed here: the days of gentlemen rice planters. “I am a hereditary sportsman,” the author writes, “and inherit the tastes of my grandfather, as well as his lands.” Elliot is absolutely typical, keeping to all the social norms and prejudices of the era. He built his fortune on the backs of slaves, whom he felt certain would burn the whole place down if he didn’t crack the whip; later he went into politics; his passion for “sportsmanship” contributed heavily to the wanton 19th-century slaughter of wildlife that nearly exterminated deer, bear and panthers from the South. But at least the author tells it, he’s a hero.

Here are rollicking tales of the hunt in which he kills two bear with one shot, chases down and strangles a deer with his bare hands, and lands any number of epic bass and drumfish that would make the modern angler gape with envy. Of particular interest are his stories of “the mightiest, strangest, most formidable among them all for its strength, the devil-fish; then rarely seen, and deemed, even down to our own times, scarcely less fabulous than the Norwegian kraken!” Elliot liked to harpoon these monstrous manta rays, then hold fast to the line while they towed his little boat on a wild ride all over Port Royal Sound! Politics aside, there’s just no denying he knew how to spin a good yarn. 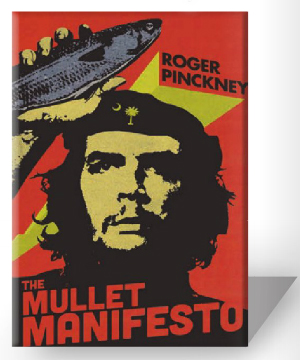 This Daufuskie Island author has a way of telling stories that perfectly suits his habitat: thick and tangled like the woods, weaving in and out like tidal creeks, grand as a plantation, full of shabby history like an old praise house, dubious as something you only thought you saw in the moonshadows, dirty as a dirt road yet somehow sacred too, like golden light on the marsh. You’re never quite sure what his stories are about, but boy do they give you a feeling. And they are NEVER politically correct.

A seventh-generation Lowcountry native son, Roger Pinckney is authentic. He’s got both the pedigree and the checkered past to lend just the right sensibilities to his work. Characters include bootleggers, outlaws, “root doctors” (Lowcountry voodoo men), unscrupulous developers, and of course more than a few beautifully dangerous women.

His novels are titled Reefer Moon and Mullet Manifesto. His collections of essays include The Right Side of the River, Signs and Wonders, and Seventh Son on Sacred Ground. He even has a fairly scholarly work entitled, Blue Roots. It tells all about Gullah folk magic from Roger’s own experience. Read this author to escape into a tale, to understand the Lowcountry. It reminds us to appreciate and protect our waters and the land. 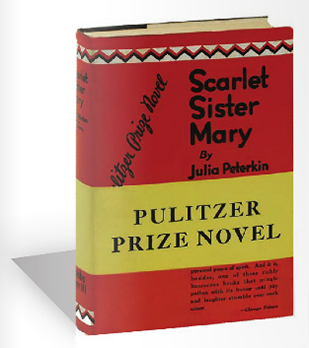 Highly controversial in its own time, this novel will still raise eyebrows today. It is the story of a young black woman whose true love does her bad. In his wake she gives free reign to her passions with a long string of casual lovers. She bears nine illegitimate children because of this. She rears them on her own with strength, courage and a sort of homely dignity. The church-dominated community ostracizes her. Set in post-emancipation coastal Carolina, the book has no white characters. It has been compared with other pioneering novels (such as The Color Purple and Their Eyes Were Watching God). It celebrates rural Black-American culture on its own terms, in its own language.

Here is an intimate, three-dimensional portrait of a Gullah community where people’s lives carry on absolutely independently of their recent masters—yet it was written by a white woman, making the book very revolutionary for its time. Due to this, and to the sensual nature of its content, it was labeled obscene.

Its author, Julia Peterkin, grew up around Gullah folk as a plantation mistress. She knew how to perfectly render their dialect and humor. She became the first South Carolinian to win the Pulitzer Prize in 1928 for Scarlet Sister Mary. (A detractor promptly resigned from the jury in outrage.) But none of this is the real joy of the book. Read it for the colorful language and laugh-out-loud humor. It brings to life this troubling, yet warmly loved slice of Lowcountry folklife. 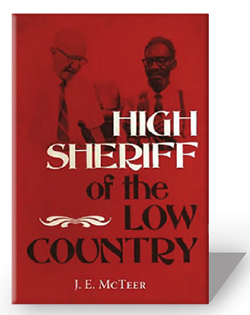 This author is a local legend, along with his arch-nemesis (and in a way admired friend) the infamous Sea Island conjure man Dr. Buzzard. McTeer became head lawman of Beaufort County in 1926 at the age of 23, replacing his deceased father, and went on to serve in the position for 37 years, garnering respect and affection from both the black and white communities of that segregated time. But where else in America could you find a sheriff who was also a self-professed white witch doctor. He openly participates in supernatural battles with the criminals he tries to bring down. McTeer was the author of many books. These include Fifty Years as a Lowcountry Witch Doctor, High Sheriff of the Lowcountry, Adventure in the Woods and Waters of the Low Country, and Beaufort Now and Then. These vintage classics can be found in any local library.

Dr. Buzzard helped draft dodgers by administering small doses of arsenic to give them heart murmurs. McTeer couldn’t abide this malpractice. This resulted in much trading of threats and spells. It ended only when Buzzard’s son ran his car into the marsh and drowned. (In his books McTeer insists this was a coincidence, but nevertheless it sealed the fame of his powers.)

Sensational as all this may sound, McTeer was an extremely intelligent, rational, shrewd and insightful person. He had a deep understanding and sensitivity toward the people of his community. He called himself a “poor man’s psychiatrist.”

After resigning as sheriff, he continued to see patients who came from several states. They seek his counsel in a little back “root room” of his real estate office. He was an icon of a unique era, but continues to hold sway on popular imagination.

These back-to-back underground classics are the rarest books on the list, written by a hometown girl (me) and available in limited handmade editions at Cahill’s Market. They chronicle secret histories and little-known stories of the Lowcountry—as well as the real-life South beyond it. If you like moonshine, folk art, BBQ, gospel, snake experts and bluesmen,  Rambler’s Life is the book for you. There is a lot going on in the South. Once you get beyond ugly stereotypes on the one hand, and over correction of being too polite on the other. A writer with no agenda is just the person to report on these complexities.

Enjoy a good read this winter, while supporting your local authors and keep telling their truths.