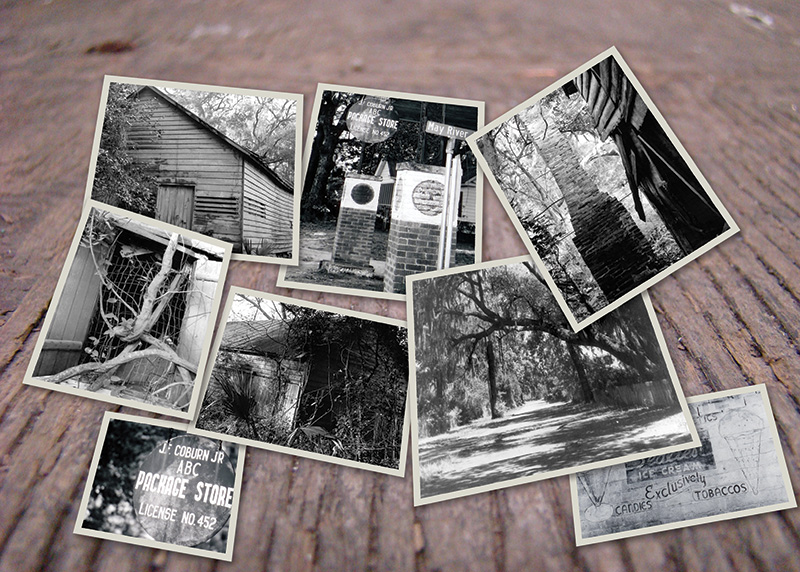 In the last two decades, Bluffton has seen a great deal of growth.

Just look at the new houses and buildings in the Historic District. Tabby Roads, Calhoun Promenade and Stock Farm are examples of “smart” growth and new development. We can also point to the award-winning Wharf Street Revitalization project as a different type of development. It began as affordable housing, and now we see developers, builders and new families transforming Wharf Street into a complete neighborhood; the revitalization spurring new home construction on the street. There are also a few small lot developments beginning to pop up. But at what price? The loss of the indigenous culture?

“Neighborhood revitalization” generally means “neighborhood turnover.” Most downtown revitalization in historic districts is driven by outside investors with money, vision and connections to capitalize on the historic significance or architectural charm of the neglected, undervalued indigeneous cottages.

Old families or heirs tend to benefit primarily from selling their properties to outsiders, who then convert them into viable, profitable venues. New vernacular houses are built, rents go up and businesses that old-timers used to frequent are replaced with versions they cannot afford. Where are the old corner stores? They have turned into trendy shops or vanished! Get in your car and go to the big box store.

Some residents find new or better jobs, but most do not.

Instead they are displaced—physically and emotionally—seldom sharing in the ongoing success of what was once their neighborhood and their legacy. The longtime resident property owners and indigenous residents have the lots (which, in many cases, have reverted to “heirs property” with unclear title), history, culture, and creativity, but oftentimes lack funds and end up on the outside looking in.

As old neighborhoods and buildings deteriorate, it encourages crime. Sadly, the culture is erased or, at best, preserved in a few black-and-white photos hung in the new or renovated buildings that arise from their gutted, repurposed properties.

Property owners on these streets need options beyond selling and foreclosure. As the demand for these properties increases, values increase, property taxes in turn increase, and the original owners become taxed out of their property.

The non-profit organization, A Call to Action, works toward ending this cycle.

Their goal working with grass roots organizations, partners, alliances and local government is to find stakeholders, grants, funding and assistance programs to revitalize these properties through the arts, thereby empowering these  old neighborhoods to improve their homes or repurpose them into galleries, studios and boutiques for permanent rental income and, in turn, preserve native Bluffton history and culture in the process. They call it “Cultural Currency.” Using Bluffton Boundary Gallery as a “clearinghouse,” local property owners can receive advice, assistance and guidance.

Let’s talk about a few of the older cottages and businesses that no longer exist with words and illustrations from locals who remember, while we still can. Thank you to Emmett McCracken, Nate Pringle, Jake Martin, Doug Corkern and Frank Gadson for their help and stories, as well as illustrations by Bluffton artist and emeritus architect, Doug Corkern.

Harry Hamilton was a WWI veteran.

Eight went to war from Bluffton and seven came back. Harry’s house was on the corner of Lawrence and Boundary. Sarge, his son, was the last to live there. Known as a handyman, Sarge would be seen doing odd jobs or helping out at oyster roasts. A quiet man, but always willing to carry on a conversation, his home was known for flying the American flag upside down…as a sign of distress. This home was neglected for decades and later demolished.

The Bridge Street Cottage was the home of Robbie Brown, an oyster bateaux builder.

There are other examples of this same simple cottage vernacular—some are gone. Robbie Cahill saved, enlarged and revitalized his cottage on Bridge Street. The Zokans on Colcock Street restored theirs during the Cedar Bluff Restoration Project. There was one on Bridge Street that was disassembled and moved to Calhoun Street and yet another one on Myrtle Island…gone.

The Peeples Family Home was located next to the The Store on Calhoun.

Thirteen children grew up in that home. This included the 11 sons named after disciples. As family members passed away, the home deteriorated and was demolished. The land has been repurposed into the May River Montessori school campus.

On the northeast corner of Bridge and Wharf stood Ben Bruin’s little framed shop where you could buy canned goods, bread and necessities. Ben lived in a small cottage on the same lot, was an oysterman and shrimper, and could often be seen knitting shrimp nets to sell on his front porch. His store and cottage are now gone.

Mr. Alfred Fripp’s store was on the same property that the Fripp-Lowden House sits on today, at the corner of Bridge and Calhoun.

It is hard to believe there could have been another building on the same site but, in those days, the right-of-way was small and the road was a narrow oystershell-and-dirt path. Fripp had refrigeration, so he sold meats, cold drinks, dry goods, bread and candy. It was said that if you stood on the porch gossiping away, you can see all of Bluffton passing before your eyes. The candy display case can now be found at Stock Farm Antiques. Here is yet another building gone.

Moss Crosby’s house on Bridge Street was a  cottage  with wrapping porches.

The family was large but after the children grew up the Crosbys, who were schoolteachers, converted the spare rooms into a boarding house in the 30s and 40s.  Another example of demolition by neglect, but you can still see the barn in the rear yard.

On the corner of Lawrence and Bridge Streets, stood the Kiss Beach Family Cottage…gone.

The Jacob Bruin house was at the end of Calhoun Street across from what was Eggs’…gone. The Praise House on DuBois Street…gone. There are many other examples along DuBois Street, Lawrence Street, Bridge Street, Robinson Street and Guerrard Street…all gone or neglected.

Let’s  now LOOK  AT some cottages  we do not want to lose with the aid of more illustrations by Doug Corkern:

Cyrus was a free slave, and thanks to the Town of Bluffton’s vision, creativity and hard work, plus funding from the South Carolina Dept. of Parks, Recreation and Tourism, proposes its use for an historical interpretive site.

Sara Riley Hooks was a public health nurse and daughter of M.C. Riley, who is in the Bluffton Hall of Fame.

Her renowned son, Tony, lead guitar player with Sly and the Family Stone, was tragically shot in a lovers’ quarrel on the front porch. Although an arrest was made, the motive and gun were never found. Her home is sorely neglected and in need of revitalization.

The “Green Cottage,” on Dubois Lane is a Historical Contributing Structure.

It has been condemned by the Town for Public Safety reasons. The land, originally owned by the Huggins Family was passed down to Evonne Huggins Mitchell. Later, it was purchased by Edward and Eliza Johnson. Later, their daughter, Maggie Mae Johnson, inherited the land. After she passed away, it became “heirs property” and condemned.

A Call to Action offered to help clear the title and provide funds for stabilization and not disenfranchising the owners.

It rests on the original site. Its restoration and repurposing works with the Bluffton United Methodist Church. This shows how owners, the developer, the Town, churches and the community worked together to save this Cultural Currency.

There are people who have owned property for over 100 years around Old Town. We work to make sure that in 100 more years there will still be Blufftonians living in Bluffton.