Search
HomeBlog ArticleOde to the Swamp

No doubt, it is easy to think we own the world and all of its hidden places, and that we may walk through the wilderness like kings and make it ours. 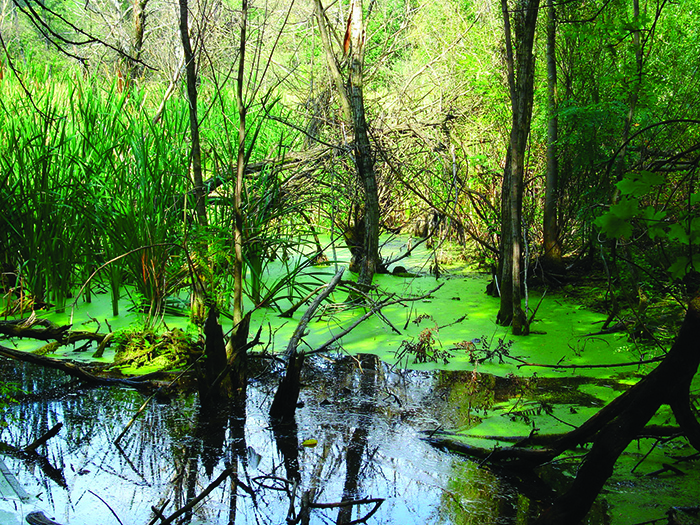 But not the swamp.

No, the swamp remains separated from us, but its presence, looming at the sides of schools, of stores, of houses and homes, is something that makes the Lowcountry the Lowcountry. There is the marsh one easily remembers, with its open air and tidal channels, but its darker cousin the swamp is another world hidden behind leafless branches and gnarled underbrush: the primordial heart of the land.

A silence coils there, unlike the marsh where seagulls caw and the sudden roar of a boat zooms. The swamp is not pierced by these or by car horn or by cellphone chime. Nothing pierces the swamp. Standing among its brackish water, its high trees, its span of green reeds, gives the effect of hovering in time, as if the whole world has come to a sudden stop in this wild place. 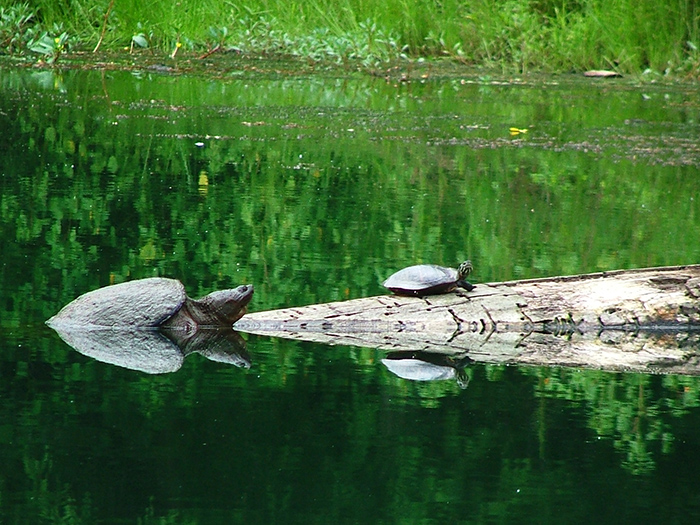 But there is a sound – the slap of water as a turtle returns to the filmy lakes, and then another, a flap of an unseen bird’s wings high above in the linked canopy. Not much light leaks through there, and the light that does is like a spotlight, shining in sudden, disorganized places upon the swamp. It is something like twilight here, and the depths of the green palate, of all the different shades of color, are easily lost in the dark.

Here, it smells of the marsh without the brine: that smell of mud and of gentle decay. The humidity makes the smell linger, and is something like a blanket in summer. It brings a sense of claustrophobia, for even the trees hug close and the roots reach out to hold on to you.

Firm land gives way suddenly to water – water that could be shallow or deep.

The thick green film hovering atop the surface hides that and more. Driftwood resembles an alligator, and the back of a rising turtle resembles driftwood.

And finally, there along the banks of one of the false-lakes is movement. A white egret stalks through the reeds. He makes for poor camouflage; the brilliance of his feathers remain something like an eyesore against the swamp backdrop.

But he makes up for it with his movements. Like the swamp, he has taken to moving slowly. Each footstep is careful and precise. The reeds do not sway as he passes through them, and his watching eyes remain transfixed on the water beside him. No fish will be lucky today. 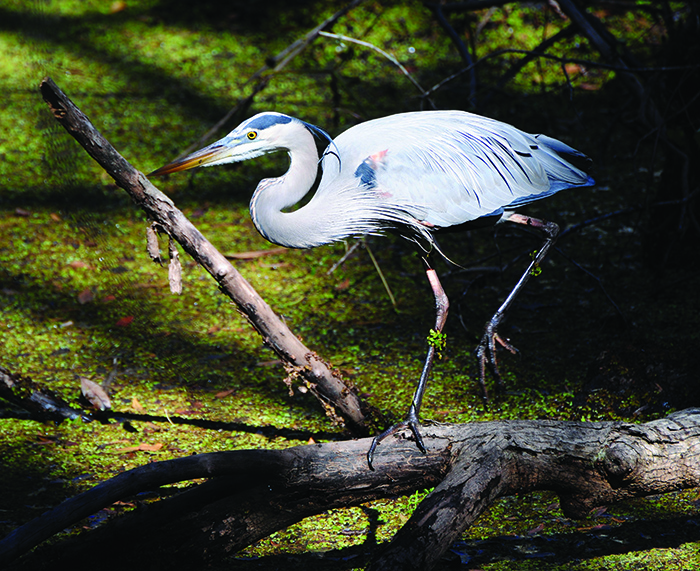 He passes his cousin, the Great Blue Heron, standing near the brush. And surely, she is great. Unlike the egret, her plumage is duller but no less beautiful. This blue heron has a streak of black across the side of her head, and her body gives her the name blue for its storm coloration. She does not move like the egret; she does not move at all. Her size is surprising, and studying her, it is easy to see how the dinosaurs became the birds.

But another link to the dinosaur lurks here. Her presence sends ripples along the water, which makes the stalking egret freeze mid-step.

And the gator rises.

Her head and back become immediately present as they break the surface: false-logs. If it were not for her eyes it would be difficult to tell her from the driftwood floating alongside her. But her eyes are like amber and filled with an animal cunning. She takes note of the birds standing there among the reeds.

And she moves. The slowness of her swim, her nose cutting a wake through the still water, is like that of the egret’s. There is no rush here – only when food is taken. When a heron strikes or the gator drags the unsuspecting animal below the surface, this primordial stillness broken. And only then, so briefly, only with a sudden splash.

At this quiet movement the egret flees, and his slow grace is lost in the clumsy whirl of his wings. But the Heron does not flee, even when the alligator pulls herself onto the muddy bank and crushes reeds underneath her squat legs and dragging belly. The Heron only turns her head to watch, and the gator pays her little mind, as if there is some understanding among them – at least for today.