Big. Bearish. Benevolent. These are the words that describe Mike Covert. 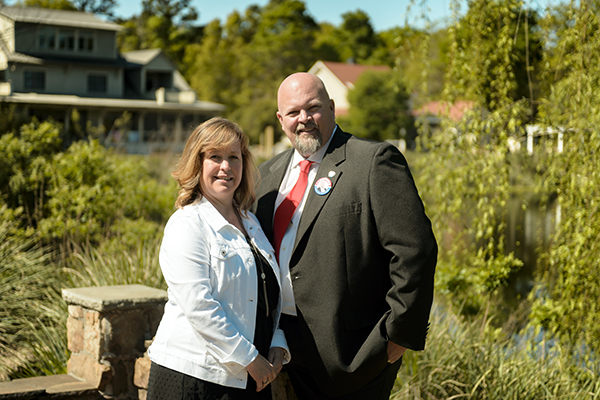 His personality is big—a genteel way of saying that he is quite a character. Yes, Mike is bearish, perhaps even intimidating in physical stature, but that isn’t all that defines him. He is a husband, father, grandfather, church member, board member, President of Covert Aire and other companies.

But Mike is also a longtime volunteer, who seems to have unlimited energy for doing good deeds, both as an individual and through his company. His selflessness has helped people of all ages, many of whom have never even met him. Mike is a big, benevolent man with a passion for giving.

This bear-of-a-man has quietly cared for Beaufort County families in need for many years.

For example, at Christmas, he teamed up with the Bluffton Police Department to provide toys and clothes to local children. He organized relief help immediately after the recent flooding throughout parts of South Carolina, quickly sending emergency supplies. His company is also one of the sponsors of the Tiny Home project, that built an entire house on wheels to help those displaced during the flooding in Columbia. 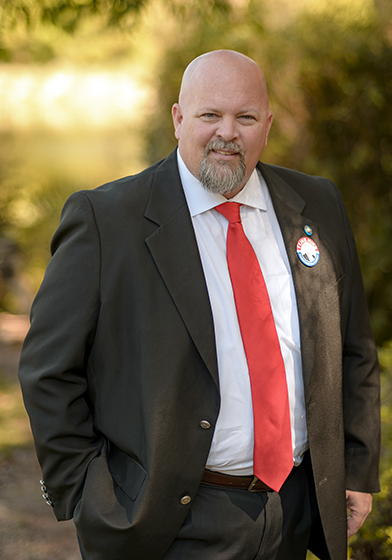 The Drive to End Hunger is an annual program Mike’s company started five years ago to deliver food to a local organization. Last year, on New Year’s Eve, they delivered over 2,500 pounds of food to Senior Services of Beaufort County. Additionally, Covert Aire was a sponsor for TV’s Extreme Makeover” and contributed to building a new home for a deployed Marine and his family.

His company donated $10,000 of services and equipment to fix, replace or repair the heating equipment in as many homes as possible. As Mike himself puts it, “No one should be cold, especially the elderly and children.”

Quietly benevolent to his community, Mike has donated over $150,000 to local charities just in the last five years. His handiwork is not only financial. Mike also donates his time, working countless volunteer hours with groups like the Backpack Buddies program of the Lowcountry Foodbank, Children’s Center of HHI, HELP of Beaufort, Bluffton Self Help and Volunteers in Medicine Clinic Hilton Head.

He has served on the Board of Directors for the Bluffton Chamber of Commerce and various ministries at Lowcountry Community Church. Currently President of the Rotary Club of Bluffton, Mike leads by example—pitching in to help with projects, such as the Historic Bluffton Arts & Seafood Festival, Bluffton Village Festival, Happy Feet, the Salvation Army’s Red Kettle Christmas Campaign and many others.

Mike’s friend, former South Carolina State Senator Scott Richardson, says, “I met Mike three years ago while serving on the County Tax Commission Committee, and I knew within five minutes he was sincere and determined—that he was a ‘doer,’ not a ‘talker.’”

“I’ve never met anyone who is so quick to jump in and help others,” says Lisa Carroll, a Bluffton business owner who has served with Mike in the Bluffton Rotary Club for many years. “When Mike hears about a problem, he’s one of the first to step up and do whatever it takes to help.” 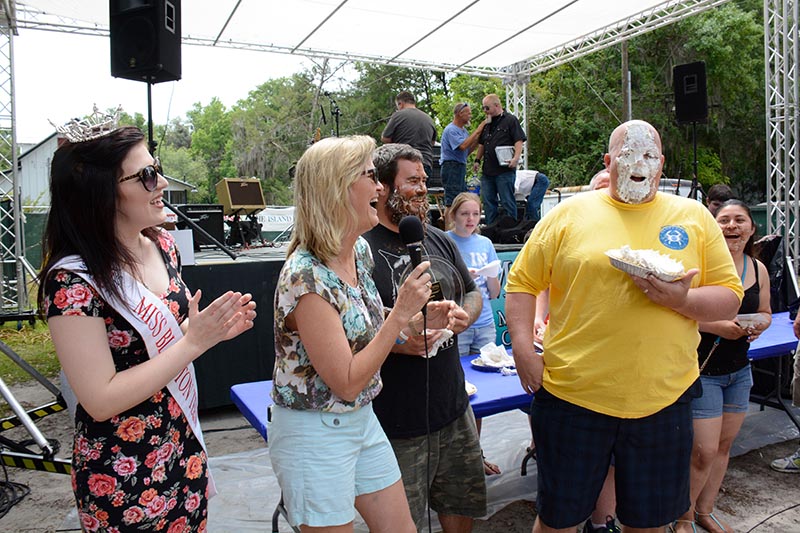 The mammoth responsibilities of being a husband and father, running a thriving business and all his volunteer work, are formidable. Good thing Mike has the brawny stature to bear the tasks (pun intended). If all that wasn’t enough, Mike is also running for a seat on the Beaufort County Council, District 7. According to Mike, “I have developed longstanding professional relationships with members of county councils, town councils and educational administrators. I will use my experience and leadership to work with community leaders to solve ongoing problems to benefit Beaufort County.”

No matter what words are used to describe him, Mike Covert works hard to make a better tomorrow.

He has strong beliefs and acts upon those beliefs. Mike is a leader with a good heart and the strength to do the things in which he believes.