They have been a fundamental food in Southern states for hundreds of years. While the rest of the country may prefer their peanuts roasted, Southerners—both black and white—have been consuming this briny treat since colonial times.

According to seriouseats.com, “like okra, black-eyed peas, and so many other Southern staples, the peanut came to the region by way of the African diaspora, and for this reason piecing together its history can be challenging.” In fact, the website notes the word “goober” is African in origin; a term derived from the Angolan word nguba.

These peanuts became the preferred protein source for Confederate soldiers during the Civil War.

Later they evolved into a party food in small Southern towns and now as a valuable commodity at roadside stands and in gas stations. This delicacy is made by boiling raw or recently harvested green peanuts in salted water. Today, this humble legume is making headlines as haute cuisine and often served by celebrated chefs in the nation’s finest restaurants.

Like the history of boiled peanuts, the Bluffton salute to goober peas had a modest beginning.

A cook-off orchestrated by local boiled peanut aficionados Jared Jester and Hannah Parrish started at the Farmers Market of Bluffton.

In 2011, these Bluffton Boilers staged the town’s first formal Boiled Peanut Cook-Off. “Heavily focused on the actual cook-off and seeing who had the ‘Best Nuts in Town,’” the first event attracted approximately 300 people, he adds. 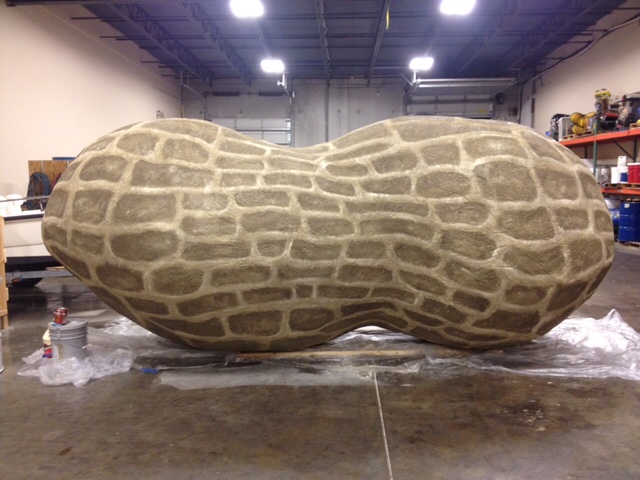 They unveiled the giant nut at the 2nd Annual Bluffton Boiled Peanut Festival. Over 20 feet long and made primarily of plywood, chicken wire and spray foam, this gigantic goober pea had a starring role in an episode of A&E’s Shipping Wars and can usually be seen perched on its trailer in front of Cahill’s Market.

The schedule added numerous activities and the venue changed—first to The Promenade and then to Bluffton Village. The Greater Bluffton Chamber of Commerce took over production of the annual event. Jester and Parrish remain involved in the annual festivities. 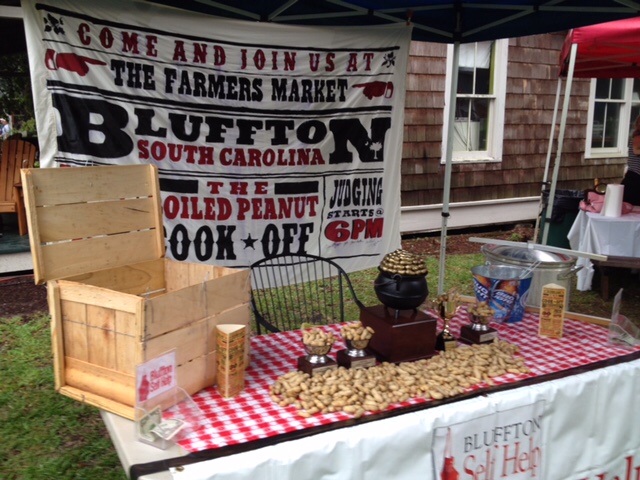 Jester usually makes at least one batch of boiled peanuts a week, trying out new recipes and flavor combinations. He freezes a bushel after the season ends to continue to experiment throughout the winter months.

This year’s festival takes place on September 11. For details on the Bluffton Boiled Peanut Festival, contact the Greater Bluffton Chamber of Commerce at (843) 757-1010.