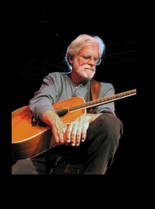 Since finding his place within the U.S. folk music community as an inspirational performer and teacher, Jack Williams’ memorable, energetic  solo concerts have been applauded from Newport, Kerrville, Philadelphia and other folk festivals to all types of concert halls, coffeehouses and house concerts across the US and in 8 countries. He discovered the guitar in 1958 and formed a decades-long series of bands – often performing in the Low Country, where he lived for many years. His solo music is influenced by a long early career in jazz, classical, folk, rock and roll, blues, and R&B. A professional touring artist and teacher for 59 years, Jack’s songs and stories display a clear sense of place, many of them grounded in – or inspired by – deep southern roots. For more information go to uulowcountry.org.