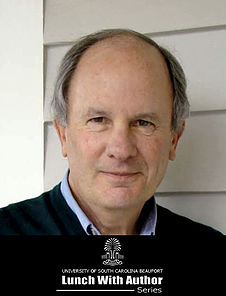 On Thursday, Jan. 26, 2017 John Thompson will be at the Moss Creek Clubhouse at noon as a part of USCB’s Lunch with Author Series.

J.E. Thompson’s mysteries, “The Girl from Felony Bay” and the sequel, “Disappearance At Hangman’s Bluff,” are fast-paced and compelling involving great unsolved mysteries set deep in the heart of South Carolina. In these two remarkable modern day odes to South Carolinian history, Thompson brings us the story of two girls, one white, one African American, as they solve mysteries that relate not only to modern day crimes but also to evils done in the past. Born in Ohio, Thompson went to Berkshire School and Middlebury College where his fascination with writing started to grow. In spite of his desire to write, he followed in his family’s footsteps and went into business, heading to Wall Street. His father’s untimely death caused him to face his own mortality and confront the fact that if he was going to realize his dream of becoming a writer, he had to find the courage to take “the road less traveled.” He left New York City for Charleston, SC, where, in addition to writing he became very involved in his local community.

Tickets are $42 and includes lunch. For more information or to get tickets, go to uscbcenterforthearts.com.