Search
HomeBlog ArticleDr. D from Bluffton High School Gets Another “A”

Why are so many families moving to Bluffton? 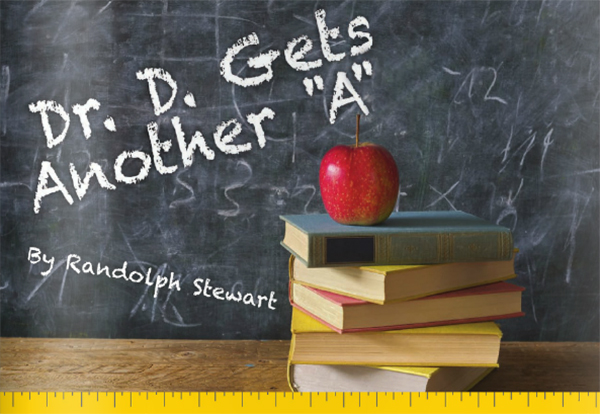 Great climate? The abundance that the May River brings? The history and culture of the town? Because it’s a wonderful place to raise a family? Perhaps it is the available jobs. The most important reason? A great school system for our children!

We sat down for the third year in a row to talk with Dr. Mark Dievendorf, the Principal of Bluffton High School, to get an update on all the achievement that has been made since he first came to town. Dr. D. had a vision, a program and knowledge on how to get there.

“When I arrived in July of 2010 I implemented my Academic Achievement Improvement Plan (AAIP).”

“It is a multi-phased approach to improving student achievement while enhancing the learning environment and the school culture. The AAIP focuses on improving achievement for all students regardless of gender, ethnicity, or demographic group in a student-centered school environment where students are invested, engaged, and valued,” Dr. D. explained.

“Since July of 2010 we have implemented the first four phases of our AAIP. During that time we have experienced dramatic and documented increases in student achievement for all demographic groups while quadrupling student participation in student activities. Student perceptions regarding a variety of school climate and culture issues have also improved tremendously in every area as documented by our yearly Student Climate Survey results data.”

The demographics have remained about the same while the percentage of Hispanic students has increased by 6%. Next year with the addition of May River High School, Bluffton High will take on 9-12 grades and will have approximately 1,272 students. Let’s take a look at Dr. D’s report card and see just how his plan is working.

As a result of the 2015 AP Exam achievements, 88 students were named “Advanced Placement Scholars,” the highest number in BLHS history.

Now these statistics are all about the three R’s.

For Dr. D., his school vision and program includes creating a culture and climate on campus that motivates all students to learn and become prepared for the future and to show respect to their fellow students, teachers and family—a lifestyle. Keep in mind that a school campus has the same demographics as society: scholars, students preparing for college, students preparing for technical fields, students with learning disabilities, students with English as a second language, homeless children, children with affluent families, low income families, students with physical disabilities, athletes, artists, future teachers, future military, from all colors and all walks of life. Dr. D. understands that each student has a dream, and if they don’t he helps them find one.

One of the most telling studies has taken place each year since 2010. This Student Climate Survey (on the right) speaks volumes about how students felt about school five years ago and how they feel about school, their classmates, teachers and themselves today. One can only think that this survey is more important than how many As and Bs everyone is getting. Study it for a second and you will see why students are doing well in school–they want to go, they want to participate and they are motivated to succeed.

Dr. D’s plan teaches students how to function outside of the classroom and become a member of the school community.

Bluffton High School has over 44 clubs and organizations. Teachers act as advisors in each and every one. This provides a broad spectrum of activities for all of the students. If they don’t like sports, they might like to join the Debate Team. If they don’t like the Math Club, they could participate in the Jazz Club. Try the Robotics and Engineering or Drama Clubs to see if they are to their liking. The various clubs and the school sponsor over 34 events each year, ranging from the Science Fair to the Music Festival.

There are also many “Points of Pride” that students can be proud of where they are going to school.

Recently Bluffton High School hosted a Volunteer Fair as part of Mayor Sulka’s volunteer initiative. A variety of community organizations joined the students during four lunch periods. They distributed materials with regard to their organizations including volunteer opportunities. Over 500 BLHS students “signed-up” to volunteer! Bluffton can only be better for this, as our youth are learning about helping others and participating in community projects. Here are a few more successes:

There are so many more points of pride to mention than space allows.

We see a reduction in teen pregnancy, bullying and drugs on campus, violence, the dropout rate and truancy. Students are learning to help others. They take what they have experienced home and extend it throughout their family and neighborhood.

Bluffton High is a school that has a path, a vision, a mission, and is achieving their goals. It is not easy and it took time. Ask a student. See what they say. Our community is so much better off because of the dedication of Dr. D,, his staff, the teachers working as a team, and the student body.Yes, this year I would say Dr. D. gets another “A”.