An official United States public holiday honoring all who have served in our country’s armed forces, Veterans Day is commemorated on November 11. 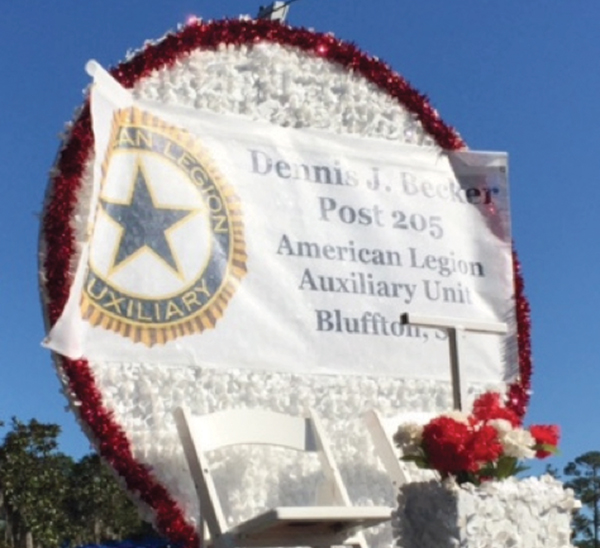 Once celebrated as Armistice Day, the date is significant in that it marks the day when major hostilities of World War I formally ended in 1918: on the 11th hour of the 11th day of the 11th month.

In Bluffton, the Annual Veterans Day Parade sponsored by the Dennis J. Becker American Legion Post 205 will march through the streets of Old Town starting at 10 a.m. on November 11.  Led by Grand Marshal Sgt. Major Tom (Santa) Story, the parade (weather permitting) winds its way from Alljoy Road to Calhoun Street, along Promenade Street, and ends at Dr. Mellichamp Drive at noon.

Up until 2015, Post 205 participated in Beaufort’s county-organized Veterans Day Parade.

However, as a Bluffton post, it was decided to honor hometown veterans right here with full cooperation from the Bluffton Police and Fire Department.

For a map of the parade route, participant registration and Post meeting information, visit alpost205.org or email vetparade@alpost205.net.

Take time this Veterans Day to go to the Bluffton Memorial possible. This solemn granite tribute to fallen soldiers, located on May River Road near Calhoun Street, was designed to include all Bluffton veterans who made the ultimate sacrifice from World War I through the Vietnam War.

Ansley Manuel who organized and raised the money to fund the project and the generous donors who made the Memorial possible.