It’s the day before Thanksgiving. Outside the weather was overcast and rain drizzled, but inside I was snug in my bed. 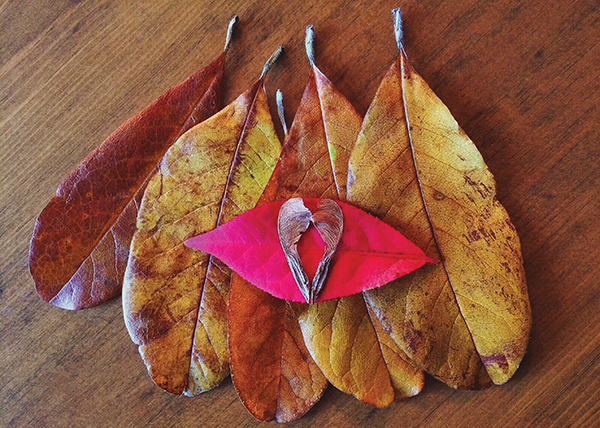 My wife, Betsy, and I had planned to hit the highway for Bluffton by noon. We felt that should get us through Atlanta before rush hour and into Bluffton by dinnertime. It was 6:30 a.m. and my eyes barely adjusted in the dim, fall morning light. The shower cycled from steaming hot to lukewarm to cold as I stood and stared listlessly at the tiles.

I contemplated the upcoming long weekend and whether I should even attempt to go in to work or just wake Betsy up and hit the road. The plan was to spend a long Thanksgiving weekend in Bluffton. Betsy and I were extremely burned out from work and overdue for some downtime by the May River.

I pondered in the shower.

If I went in, I would more than likely get snagged into some ridiculous assignment. I’d be late getting on the road.

It never failed when I planned to leave town that I’d get stuck with some insidious task only a workaholic could love. I should call in sick, I thought, because no one should work the day before or after Thanksgiving.

Despite my better judgment, and not to mention the loud protests from Betsy, I decided to go in. As I walked through the front office door, I mistakenly made eye contact with my boss.

“How are you doing?” he panned, as if he knew he was about to ruin my day.

Thinking I needed to beat him to the punch and let him know he should leave me alone, I quick-wittedly replied, “Well, sir, not too good. My pants are too tight, I have bad breath, and I think I am coming down with the flu [cough, cough].”

Without even blinking, he stated what I had feared in the shower, “Uh, sure but I’m going to need that report by noon.”

I shuddered as the words rolled off his tongue. Now we were definitely going to be late leaving and would definitely get snagged in Atlanta Thanksgiving traffic. I could imagine us somewhere between Macon and I-95 in our own personal interstate nightmare around midnight, wishing we were anywhere but in that car.

As I pondered these things, I realized that I was not feeling very thankful this Thanksgiving. I realized how much the past year of my life had been a whirlwind of work, a rushed vacation and more work. This was self-loathing at its finest the day before Thanksgiving, at work, doing a dumb report, thinking about all the perceived disasters of the year. After I finished the report, I left the office in a huff at a quarter to one.

I arrived home to find Betsy sitting on the front porch ready to go. There is nothing like rushing out of town hours past the time you wanted to leave. Just days before, Betsy had reminded me to value this time away from work, and she was right. I had once again placed work before personal time to be with family, and allowed it to come before my wife’s desires. I had allowed my priorities to be distorted by all the white noise in my life distracting me from what was important.

That’s when I decided we needed a drastic, and foolishly fun, change of pace.

I veered off the interstate and in the direction of the airport, called work and told them I was taking the next week off for family reasons. We were flying to Bluffton and staying a week!

“You’re insane, this will cost a fortune,” Betsy fumed, “just drive, we’ll make it by midnight.” Her protest fell on deaf ears. USAir was offering its great “give us your first-born-child rate,” which in my tunnel vision of enthusiasm actually sounded reasonable. For $1,054.67, we purchased two non-refundable, round trip tickets to Hilton Head. I was trying to make up for a year of missed opportunity in one fell swoop. I had officially lost my mind.

Betsy looked a little shell shocked, but I reassured her it would be worth the money. “You know,” she said glibly, “we could have flown to Italy and stayed in a four-star hotel for that kind of money. The next time you think about being spontaneous, stick to flowers and chocolate-covered strawberries.”

But it was too late, the tickets printed, and we were off.

There was just enough time to check in and clear security before the flight left. As we jogged down the concourse Betsy yelled, “Are we having fun yet?” A rhetorical question intended to tease me for acting so bizarrely. We boarded the plane and quickly realized she was sitting in 5C and I was in 20C. It was a crammed flight. The cabin was stuffy and hot. There were at least six babies. It smelled like a locker room and no one was interested in swapping seats.

“Yes, my dear,” I teased, “we are about to be having a whole lot of up close and personal fun.”

I was stating the obvious, but the fact was, this could be a l-o-n-g flight to paradise. Skeptical, and definitely not amused, she plopped down next to what can only be defined as a “talker”—someone who incessantly talks the entire flight about things you probably wouldn’t dare admit. She stared me down in the hope I would at least try one more time to switch seats. The back of the plane is a tough sell and no one took the offer. I don’t think Betsy was feeling very thankful at the moment, either.

I inched back to my seat in the tail of the plane, next to the restroom.

Perfect,  I thought,  three hours of excuse me, excuse me, oh I am sorry, was that your knee, your elbow, your face?  I, too, had found myself sitting next to an in-flight disaster: a wide-shouldered, 250-pound man with allergies. I referred to him as Goliath.

Now I began to seriously doubt my spontaneity. I began to think that the lonely stretch of road from Macon to Pooler, Georgia, might not be as bad as I thought. Somehow I managed to drift off to sleep and dream of oysters, the May River’s salty air and Papa’s Thanksgiving fried turkey. It must have been a great dream because when the loud ding of the captain’s message woke me, my head was resting on Goliath’s shoulder.

I awkwardly laughed it off and listened in disbelief to the pilot further confirm that I may have made a hasty travel decision.

“Ladies and gentlemen,” the nasal voice squawked, “it appears there is a severe weather delay in Charlotte and we are being rerouted to Cincinnati.” Betsy’s head popped up and whipped around, trying to make eye contact with me. I gave her the we-are-having-fun smile and cursed our dilemma under my breath. If we had driven, we would have been in Dalton by now. The plane landed in chilly Cincinnati and we de-planed for a two-hour delay.

I called Bluffton, and Yaya answered the phone. “You through Atlanta yet, sweet boy?”

I paused, not wanting to convey my frustration. “No Yaya, we decided to fly and are stuck in Cincinnati.”

Sensing her confusion, I told her not to worry and to set a place for us at dinner. The two-hour delay stretched into four. If we had driven, we would have been through Macon and only hours from Bluffton. However, we were in Cincinnati and I was not feeling very thankful. Again.

Around the second hour of the delay, I began to complain to Betsy.

I complained about work, my pay, our hectic schedule, pretty much everything under the sun. My bad mood was spreading. Finally, at 9 p.m., we got back on the plane and lifted off for Hilton Head. At 12:01 a.m. EST time we touched down, pretty much the same time we would arrived if we had driven. We hailed a cab and, for an additional $35, got a ride to historic Bluffton. To our amazement, when we arrived there was a huge poster board sign on the door welcoming us.

Inside, Yaya embraced us and heated up our dinners. I began to feel foolish about all the things I had complained about all day. Papa heard our voices and stumbled out for hugs. The commotion must have stirred my nephew Robert because he, with his baby brother in tow, also popped out. Before long the whole family was awake and laughing as we recounted our tale of woe. 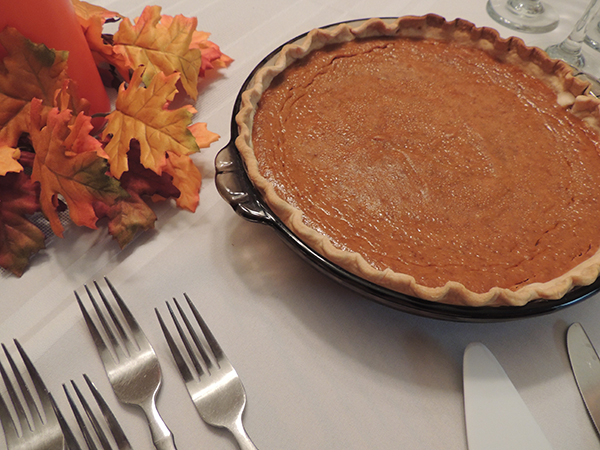 As I lay in bed later that night and thought about thankfulness.

I realized something important. The amount of money or the time I spent at the office shouldn’t dictate my joy. Delays, short weekends and frustrations should not keep me from appreciating and loving what I have. Expenses, disappointments or not getting my way shouldn’t constantly impact my mood. Yeah, we paid a thousand dollars to make a three-hour flight that ended up taking eight, but we were home, in a place like no other, for Thanksgiving week!

I went to sleep that night with a full heart and feeling thankful for family, my spouse and Bluffton. There were so many blessings that I refused to see. I vowed to block out the white noise in my life, to quit complaining and start appreciating the many gifts that were all around me. I finally started acting thankful.