As a seven-year-old, the world is at your fingertips. 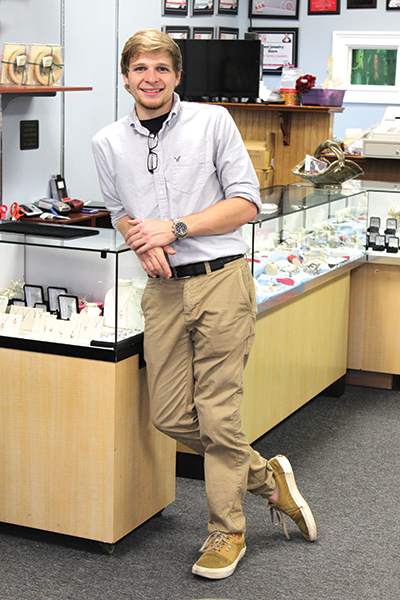 At just seven years old, Stephen Golis found out that these growing pains weren’t just that. It was osteosarcoma, a cancer that grows in the bone and is most prevalent in children and young adults.

Stephen was stripped of the freedom that many children revel in.

He has no freedom to run outside with friends, to have friends over and play sports, the freedom that childhood gives us.

Those afflicted with osteosarcoma usually don’t feel physically sick; instead, complaints about a longtime pain in the cancerous area that is initially thought to be simple muscle sores or growing pains are most common. The Sarcoma Institute explains that patients are often only diagnosed when the stricken bone is broken or there is some other injury to the area. In Stephen’s case, the cancer developed in his left femur then eventually began to spread up into his lungs.

“My parents said I would be okay so that was what I knew,” Stephen explained.

“There was never any bad talk when I was around.” When asked if religion came into play, Stephen says that “he was young and really didn’t think about that kind of stuff,” but nowadays, despite not being very religious, he believes in God and prayer.

But Stephen’s parents were right. After a 10-month stay in Sloan Kettering, the cancer was gone, and he was released—making him one of the 70 percent to survive the illness.

During his stay, Stephen had little school work.

“It was never a priority”—and thankfully, returning to school, kids didn’t treat him any differently. Despite all the attention he received, he continued to stay the same person.

But the struggle wasn’t over. Stephen had to deal with the loss of his left leg and adjusting to his new prosthetic.

Learning to use a prosthesis takes a lot of time, strength, patience and determination. Patients must take therapy with a prosthetist—someone who fits, designs, and services those with prosthetics. These lessons include how to take care of a prosthesis, how to place it on and take it off, and how to walk or step on different types of surfaces. They also help in learning how to generally walk better, teach them what to do after a fall, and how to adjust to normal routines, such as getting in a car.

“Adjusting to the leg wasn’t easy at all,” Stephen recalled.

“It was like literally learning to walk again … I’d fall and the limp was just horrible.”

But after a couple of weeks, he began to get the hang of his prosthetic. “I went back to playing soccer but the running was hard.” Even today, he has some trouble with walking and running, but now he is so used to it, he hardly notices it anymore.

Recently, Stephen was asked to volunteer for the Sun City softball team, as a bat boy for the Wounded Warriors. They are an organization that is focused on helping wounded veterans assist and aid each other, which also raises public awareness and provides “unique, direct programs and services to meet the needs of injured service members.”

“They’re awesome,” Stephen said. “We really didn’t talk too much about ourselves and the situation we all had because of the games going on, but those guys are truly amazing with the way they run and still play ball.”

He hopes to one day run it. “I am a really quiet person so being with people all day can be hard sometimes,” he said.

He tried going to college, but it wasn’t for him.

“Once in college, I had to write about myself. I decided to bring one of my legs to class. When I put it on the table before I started to talk the faces in the room were white. The fear on the faces was funny. When asked why I had a prosthetic, I told them my father ran it over with the lawn mower. They were horrified. I did let them down easy and said it was nothing so cool; I had cancer. It was funny watching them.”

With a positive attitude and great sense of humor, it is obvious that Stephen has adjusted well.

“To be honest,” he explained, “I don’t think I’m all that inspiring… even though people tell me I am. The people that inspire me are the doctors and nurses that cared for me when I was ill. The nurses always cared for me and were always by me, which just shows me how I need to be a better person in life, being I was just a seven-year-old child going through chemotherapy. The people that saved my life inspired me to not take much for granted cause I got a second chance at life.”